Black Ferns filled with hearts of gold, not pockets

by JP Admin
Comments are off

The first professionally contracted female rugby players to represent New Zealand were announced yesterday, in the auditorium of Tamaki College. It was a rather different setting from the one their male counterparts had on Sunday morning, which was in the opulent top level of the Heritage Hotel. However, it made sense as a choice of venue. This is a team that will be looking to inspire the next generation of girls to become Black Ferns themselves, and it was fitting that the names were read out to an audience of players from the school. 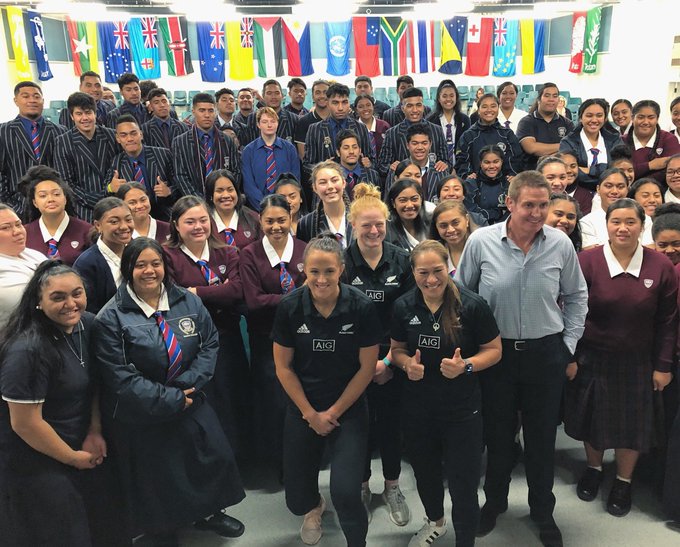 Thank you Tamaki College for hosting today’s historic announcement of our first ever contracted squad! 2:13 PM – May 23, 2018

The Black Ferns can now enjoy a remuneration package, payments for training camps, and a personal development manager specifically for the side. This is on top of news that they’re playing a couple of double headers against Australia in August, alongside the All Blacks at ANZ Stadium and Eden Park.

So far, so good. The list of 28 players did contain a number of players that will be pulling on the Black Fern jersey for the first time this year, and doesn’t include the members of the Black Ferns’ Sevens. That is one part that has been a little obscured in the female pay parity narrative: the big names in the likes of Portia Woodman, Niall Williams and Ruby Tui are in fact already getting paid for their participation in the World Rugby Sevens Series.

Fair enough, too. The Sevens side does play far more often, has the ability to already be integrated into men’s events like the Sydney tournament, and offers an arguably more accessible aesthetic to the sort of fans and players that will help grow the women’s game here.

However, the spotlight will be firmly on the Black Ferns’ 15-aside team after today’s news – for the next few months at least. It’s something that lock Charmaine Smith says that she isn’t focusing on.

“We haven’t really thought about that. We’ve always played for the love of the jersey and the love of the game. Being paid to train now makes it easier to balance the work side of things. As an athlete, you try and focus on your job and your role … not so much the scrutiny you come under.

“Thinking about that isn’t going to help. We’ll know that we’ve done all we can as athletes to try and win.”

Veteran skipper Fiao’o Fa’amausili has returned for the chance to play once again in the Black Fern jersey. She, like Blackwell, talked a lot about the legacy that the players before them had created, even chucking in the most synonymous of rugby catchphrases to honour them.

“Full credit to the girls beforehand that weren’t contracted. They paved the way for this team,” she said.

But there is one area that is more or less out of NZ Rugby’s hands when it comes to this arrangement staying sustainable. There needs to be other countries strong enough to provide the Black Ferns with quality opposition, and Fa’amausili did address that.

“Money is always the case, but I believe that it’s people. People make things work. We’re hoping Pacific countries get involved, Australia and England. If you’re so passionate about something, people will get behind you. I’m sure it will work.”

Much like the Football Ferns next month, the stage has been set for the Black Ferns. Despite the new pressure to perform, they will go in as heavy favourites against Australia. The last time the sides met on Eden Park it was utter carnage, with the now World Champions running out 67-3 winners.

Like Smith said, they just need to focus on doing that again. Because they’ll take the field in Sydney and Auckland knowing that the sacrifice they’ve made will be more the sweat and blood on the training field, rather than a hit to the pocket.